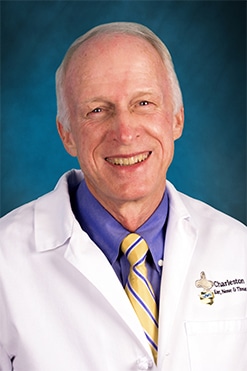 Dr. Robert Jordan graduated from the University of Virginia with a Master of Science degree in Physics in 1971. He went on to serve in the United States Air Force for five years as a KC-135 Navigator. He returned to Charleston and continued his education at the Medical University of South Carolina (MUSC) from which he graduated in 1980. He has been board certified in Otolaryngology since 1985 and has practiced in Winston-Salem, NC and Anderson, SC prior to making his home in Summerville. In 1999, Dr. Jordan joined Dr. Lomax, establishing Lomax & Jordan ENT.